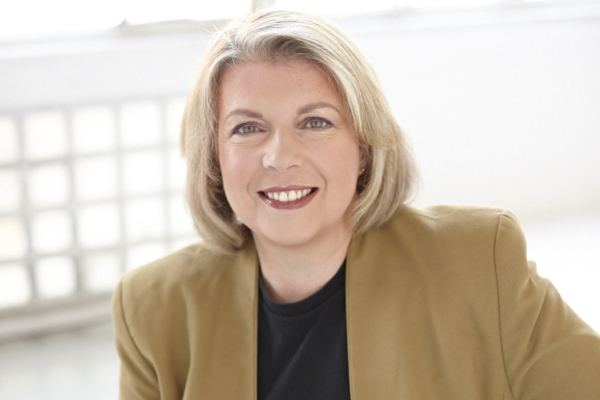 A study of 2,000 adults found that before the lockdown, an average of 59 minutes a day was spent feeling under pressure or worried about things such as work, finances or health.

This has now risen to an hour and 28 minutes per day since the pandemic took hold as fears about money, job security, the economy and health all increase.

But the study, by wellbeing brand Healthspan, found that while 20-somethings now feel anxious for an hour and 45 minutes each day – an increase of 23 minutes – the over 60s have seen this figure almost double.

Previously, they spent just 37 minutes a day worrying, but this has now risen to an hour and seven minutes.

Fifty-somethings have also gone from feeling anxious for 57 minutes a day to more than an hour-and-a-half now.

It also emerged one in five adults – including 16 per cent of over 60s – believe they are experiencing anxiety for the first time ever as they adjust to a new normal.

Just over two-thirds said this surge in anxiety was manifesting itself in very physical symptoms.

Dr Meg Arroll, a chartered psychologist working with Healthspan, said: “For a long time, young people have been thought to be most likely to suffer from an increase in stress and anxiety as they find their way in the world, or juggle young families and work.

“But while they are still spending a large part of their day feeling anxious, those over 60 have seen the biggest jump in the time they spend suffering from stress and anxiety in recent weeks.

“There is a real worry about people’s mental health as they adapt to a new normal – particularly for older people who may see more changes than most in the way they live their lives in the coming months, leading to feelings of isolation, vulnerability and helplessness.”

The study found that 47 per cent of adults admitted they have times where they feel constantly worried or anxious.

Financial worries are the biggest cause of stress, followed by health issues, a lack of sleep and weight gain.

A loved one’s health issues and safety, work and the economy are also among the most common concerns.

Three-quarters of those polled have even lost sleep due to their anxiety – an average of four hours a week.

Others have experienced physical symptoms as a result of their stress, including headaches or migraines (40 per cent), stomach discomfort (38 per cent) and palpitations (32 per cent).

A loss of appetite (22 per cent), a dwindling libido (16 per cent) and even dizziness (14 per cent) are also among the symptoms suffered when feeling stressed or anxious.

Sufferers have also made a mistake at work (17 per cent), cancelled a night out (16 per cent) or rowed with a friend or family member (14 per cent) due to anxiety.

Almost four in 10 admitted turning to food and comfort eating when they feel under pressure, while more than one in 10 has called in sick to work, 23 per cent have argued with a partner and one in twenty have even seen it end a relationship.

With limited GP resources Dr Sarah Brewer author of a new book ‘CBD: The Essential Guide to Health & Wellness’ says, “Many people are trying to find natural ways to relieve stress with products like CBD (cannabidiol) are working really well to help reduce anxiety. With people struggling to sleep we are also seeing a growth in self-care products such as Healthspan’s Magnesium Bath Flakes and sleep aids such as Valerian and 5HTP.”

It also emerged half of those polled, via OnePoll, feel they are more prone to anxiety as they get older.

And unsurprisingly, 34 per cent are feeling more stressed about their health at the moment.

Coronavirus is the top health concern currently for 28 per cent, along with mental health (15 per cent), weight (14 per cent) and fitness levels (9 per cent).

More than half are also feeling anxious about things ‘returning to normal’ after the lockdown.

Dr Meg Arroll, comments “It’s no surprise that the top three reasons for heightened levels of stress cited in this survey are financial concerns, health anxieties and a preoccupation with not getting enough sleep as these worries are often intertwined.

“Therefore, breaking these negative thought cycles is important not only for mental health but for overall physical health and functioning also.”

Dr Meg advises: “With so much going on at the moment, it can feel like all we do is worry. This type of negative identity can be damaging over time as we ignore the other positive coping traits we have. To combat this there are exercises here that can help to build a more positive self-identity, which in turn will help you turn the volume down on anxiety. This is a great way to also engage in some self-kindness during Mental health Awareness Week.”

Top 30 causes of stress and anxiety

1. Financial worries
2. Health issues
3. Not getting enough sleep
4. Putting on weight
5. A family member’s health issues
6. Family safety
7. Work
8. The economy
9. Being late
10. Running out of time for something
11. Being in debt
12. Missing out on life experiences
13. Your diet
14. Relationships
15. A heavy workload
16. Dental problems
17. Remembering everything you need to do
18. Your appearance
19. Computer/ tech problems
20. An argument with your partner
21. Brexit
22. Your exercise and fitness levels
23. Children/grandchildren staying healthy
24. Parents ageing and needing care
25. Getting stuck in traffic
26. Meeting deadlines
27. Trying to get through a to-do list
28. Growing old alone
29. Children’s/grandchildren’s future
30. Having no WiFi/phone signal