Stanley Johnson releases his 11th novel – From an Antique Land

Following on from the success of his thrillers The Virus and The Warming, Stanley Johnson releases From an Antique Land, a taut and gripping political thriller set mainly in Cambodia and the US 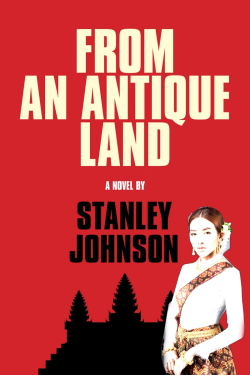 Life in Washington DC is getting back to normal after the trauma of September 11, 2001 (9/11). George W. Bush is President and Hillary Clinton, former First Lady and now Senator for New York, already has her eye on higher things. One morning Su Soeung, who first came to the US as a child refugee from Cambodia and the horrors of Pol Pot, receives a job offer from SAVE, an international charity specializing in relief work in Cambodia.

This is the beginning of an extraordinary train of events. Su’s efforts to discover the fate of her father, Hong Soeung, who ‘disappeared’ during Cambodia’s Pol Pot nightmare, seem to be inextricably intertwined with politics at the highest level. Just how much did the US know about Pol Pot and his band of ‘brothers’? What deals were done between Washington and Beijing? And, in the end, was Su Soeung just a puppet of forces beyond her control?

Stanley Johnson, 81, is a former MEP, environmental campaigner and author of 25 books, including 12 non-fiction works on environmental topics. He won the Greenpeace Prize and RSPCA’s Richard Martin Award in 1984 and the RSPB Medal and the WWF Leader of the Living Planet Award in 2015. He joined the Conservative Environmental Network (CEN) as International Ambassador in February saying, ‘Having campaigned on wildlife conservation throughout my career I am also passionate about the need to halt and reverse biodiversity loss.’ He has appeared on I’m a Celebrity Get Me Out of Here, Celebrity Mastermind and The Real Marigold Hotel.

From An Antique Land is available from the Black Spring Press website
https://blackspringpressgroup.com/products/from-an-antique-land