Rembrandt and The Dutch Golden Age 2019 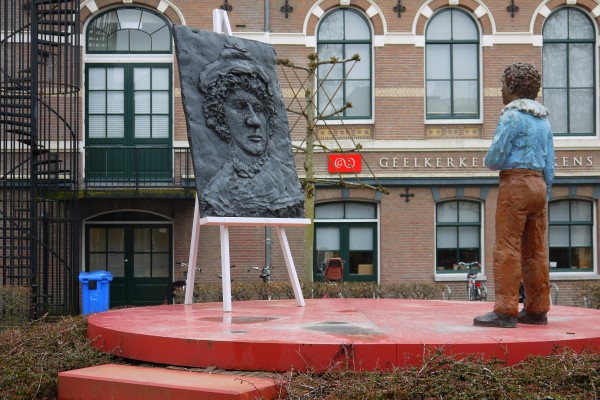 Exhibitions and events celebrating Dutch 17th-century art, history and culture are taking place across the country. Participating cities include Amsterdam, Delft, Dordrecht, Enkhuizen, Haarlem, Hoorn, Leiden, Middelburg and The Hague. The Dutch Golden Age (17th century) was a period of great wealth for Holland, then the Dutch Republic. Trade blossomed with countries in Europe and the rest of the world. Cities who were sending ships to Asia, Africa and the Americas were among the richest in Holland, and the history of these cities is still visible in their many mansions, canals, churches, city walls and harbours. Art and science blossomed as well, which can be seen in the paintings of the famous Dutch Masters: Rembrandt, Hals, de Hooch and Vermeer. Many museums will enrich any interested visitor with a rare understanding of Holland and its illustrious history, which however also had its darker sides. The history of the Dutch Golden Age is still very much alive and can be experienced in the cities along the route from Middelburg to Hoorn & Enkhuizen. The Museum de Lakenhal will re-open in Leiden in June 2019 and is home to a collection of works by Rembrandt, the museum has been closed in recent years for renovation works. A large exhibition of works by the young Rembrandt will go on display in November 2019.

The main gallery will host the exhibition the Republic at Sea which will include 50 masterpieces from the museum’s collection telling the story of growth, prosperity and the decline of Holland as a maritime nation in the seventeenth and eighteenth centuries. Objects on display will include paintings, model ships, globes, silver, glass and weapons. Visitors will learn how naval battles, trading companies and art in the seventeenth and eighteenth centuries are strongly related to the close relationship between Holland and water. Maps & Marvels will show how the world was discovered from Amsterdam, as well as how the world came to Amsterdam during the Golden Age. Maps and fine examples of cartography will be shown including the spectacular wall map of Amsterdam by Pieter Bast dating from 1597.

For twenty years Rembrandt Harmenszoon van Rijn lived and worked in this impressive building in the heart of Amsterdam, now a museum. The Rembrandt House Museum gives visitors a complete Rembrandt experience. With a seventeenth-century inventory as a guide, the house had been meticulously refurbished with furniture, art and objects from that time. The museum has an almost complete collection of Rembrandt etchings and stages inspiring exhibitions about Rembrandt, his predecessors, contemporaries and pupils.

The temporary exhibition Rembrandt’s Social Network is the first exhibition devoted to Rembrandt’s friends and acquaintances and the role they played in his life and work.

All the Rembrandts, Rijksmuseum, Amsterdam

The Rijksmuseum is in possession of the largest collection of Rembrandt paintings in the world. To mark the 350th anniversary of his death, visitors can see their entire collection of his works for the very first time. 22 paintings, 60 drawings and 320 prints, are each a piece of the Rembrandt puzzle and together explain who this unique artist was and why he is the most important painter in Dutch history. The collection boasts landscapes, portraits, nudes, scenes from daily life, biblical narratives and his famous self-portraits.

All the Rembrandts explores different aspects of Rembrandt’s life and work through a number of themes. The first section presents the milestones of his career as a young artist; when Rembrandt looks at himself in the mirror, the viewer looks over his shoulder. A close examination of Rembrandt’s many self-portraits reveals his growth as an artist of incomparable talent.

The second section of the exhibition focuses on Rembrandt’s surroundings and the people in his life. As a young man Rembrandt honed his craft by painting portraits of his mother, his family and acquaintances. He even made a powerful portrait of his wife Saskia as she lay ill in bed. The artist was also fascinated by the wider world around him: the beggars, the buskers, the vagrants, the actors. He drew and painted countless portraits of the people he encountered.

Rembrandt was a gifted storyteller, and his stories are at the heart of the last section of the exhibition. The Old Testament tales inspired Isaac and Rebecca (the alternative title for The Jewish Bride, c. 1665–1669) and Self-Portrait as the Apostle Paul (1661) in which he gives masterful expression to gestures and emotions that are familiar, tangible and intimate. Early depictions of these tales tend to be delicate and refined; later in life Rembrandt used a coarser experimental technique, applying ingenious colour and light effects to further enhance the narrative and draw out its essence.

The exhibition includes eighteen paintings that are or have been attributed to Rembrandt. Among those are masterpieces such as The Anatomy Lesson of Dr Nicolaes Tulp, but also paintings that are no longer considered to be by Rembrandt and are rarely – if ever – on display. Collectively these works show the shifting perception of Rembrandt throughout the centuries.

For more information go to www.holland.com