Flanders is well-known for its beer and culture but equally impressive is its food and the brigade of young chefs who are leading the culinary charge. Peter Morrell reports 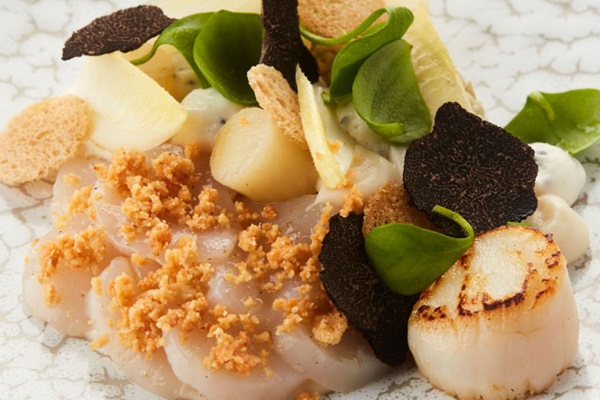 I recently had the pleasure of eating a lunch prepared by a young Flemish chef called Didier Bourdeaux, who runs the Maison D restaurant in Ronse, East Flanders. He was in London to demonstrate the sheer quality and diversity of food that you will enjoy on a trip to Flanders.

Each of the five courses was matched with a Fleming craft beer. The styles of beer chosen had been carefully curated to match each of the courses. We started with two appetisers, eel with cauliflower and leek and marinated veal with turnip and sheep’s cheese. It was evident by tasting these first two dishes that Didier was a highly talented chef. There were two beer pairings, the De Vlier Ferme Framboos and Gulden Delle. Close your eyes and these two beers could have been champagne. They both had a slightly sour taste which was excellent to sharpen the appetite.

Moving on to the starter, which was a real treat. Lobster, spinach, potato and the first of the season’s white asparagus. In all a clever combination of flavours complemented by the St Bernadus Tripel beer. It was time for the main course which was young pigeon with green asparagus, wild garlic, and pointed white cabbage. Pigeon can be quite tough but this was melt in the mouth tender and packed with flavour and the vegetables were as fresh as a daisy. The beer companion for this course was the Kwaremont Blond, it worked well with the strong taste of the meat.

The next course was very interesting, a selection of cheeses from Flanders including ‘t Zandmanneke, Brebis de Brakel, Koppige Vert and Achelse Blauwe. All of these artisan cheeses were unknown to me but totally delicious. The Duvel Hop beer was a worthy match.

Dessert was a very indulgent Cremeux Cafe Noir, a creamy coffee confection and was teamed with Keun Cafe Noir beer which was reminiscent of an espresso martini.

No meal from Flanders would be complete without chocolate and the Petit Fours at the end didn’t disappoint. Home made chocolate peanut delights were lined up with madeleines, macarons and more.

An excellent meal that showcased both the talents of Chef Didier and the quality of food in Flanders.